A critically acclaimed performance available to schools and colleges, theaters and libraries.

Poe returns to West Point Academy to entertain the Alumni Association, May 2016

The jovial jester Fortunato from A Cask of Amontillado

POE LIVE! has been produced with four actors and one musician and as a one-man show. When Frank Marquette performs alone as Edgar Allan Poe the other characters are projected "ghostly" images with recorded dialogue Poe responds to. The running time is flexible, with performances ranging from 50 - 80 minutes depending on the venue and what is required. Theatre on the Road will supply a tech script, music and sound cues, costumes and props. The set consists of a desk, two chairs, and a lectern if available. 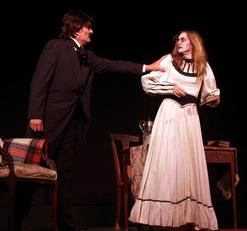 On the eve of his mysterious end Edgar Allan Poe, desperate and destitute, has agreed to read from his poems and tales of mystery. This is the Poe you know. As he performs Annabel Lee, The Raven, The Cask of Amontillado and The Fall of the House of Usher, characters from these works appear and confront him. This is the Poe you don't know. Are they figments of Poe's delusional mind seeking revenge or are they real? Entertaining and educational, Poe will perform again...nevermore!

"Edgar Allan Poe's return to West Point Military Academy after a 185 year absence was a spectacular event. Frank Marquette brought Poe to life and our alumni association and special guests were treated to an afternoon that was uplifting, dramatic and witty. We didn't expect so much audience interaction and a high level of fine acting." - Nicole Vitale, Special Events Director, West Point Military Academy, West Point, New York

"Our students were given a rare treat, a visit by America's most celebrated man of letters, Edgar Allan Poe. Mr. Marquette and company kept our senior classes rapt for a full hour and it was time well spent." - Frederique Frankel, Putnam Valley High School, Putnam, New York

"I had the pleasure of seeing the play Poe's Last Mystery at the Rosendale Theater. I want to thank you for an enjoyable afternoon . What a great performance by all." - Ed Morris, Rondout Valley High School

"I want to express my sincere gratitude on behalf of Columbia-Greene Community College for such a fine performance of  Poe’s Last Mystery. What a wonderful show! And as House Manager and Director of our Concert/Lecture Series I must honestly say that it was a pleasure working with you and your wonderful cast. Everyone was so professional and courteous. For such a scaled back production from the technical side to the props- the effects were still phenominal and so was the acting! Overall it was a great experience for our students, faculty, staff and the general public."- Guy Apicella, Arts Center Theater, Columbia-Greene Community College, Hudson, NY

Poe's Last Mystery is not only entertaining but educational as well. This exciting experience is very suitable for any school." - Randy Benson, The Lodge, Wingdale, NY

"Thanks so much for all the research, creativity and theatricality you put into Poe's Last Mystery. We've had very positive response." - Jewel Ratzlaff, Director, Poughkeepsie Library District

"Frank Marquette's Poe show is like a refreshing drink of poetic justice, with a theatrical flare, topped of with fine character actors." - Roseann Sureda, Boiceville, NY

"I thoroughly enjoyed the performance. I felt like I was a little kid, listening to a story except this one had a visual component. The acting was excellent and the whole concept was brilliant and very original." - Felicia Raphael, Accord, NY 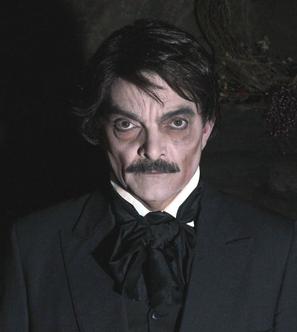 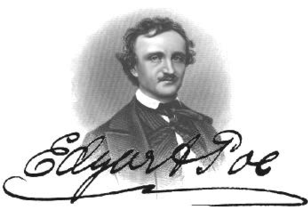 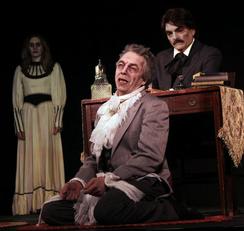 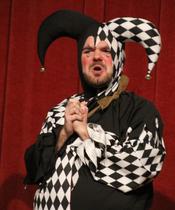 For availability, scheduling and additional information call 845-475-7973 or email theatreontheroad@gmail.com