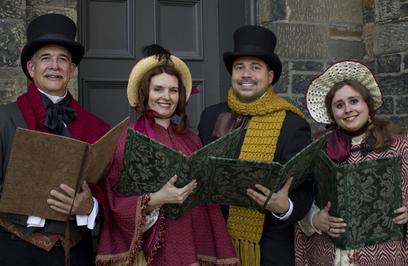 In 2020 our 'living history" tours will begin in May in both Kingston and Woodstock. Our annual cemetery tours in Rhinebeck will begin in October. Watch this space for dates and details.

Theatre on the Road will be presenting its first musical review. SHOW BLISS will be a tribute to the Great American Songbook, it will feature two vocalists, comedy and live music.

Jessica Boyd's original production, MARY UNBOUND: An Evening with the Creator of Frankenstein, will be presented at area schools, theatres and libraries. There will be four performances on Bannerman Island in September.

A one-act staged version of Frankenstein, a celebrated play based on Mary Shelley's novel, will be produced and performed on Bannerman Island, The Colony in Woodstock and Columbia-Greene Community College in Hudson.

Our 21st anniversary edition of A Christmas Carol will enjoy 10 performances in December, the venues will include Murray's in Tivoli, the Beekman Arms in Rhinebeck, Mohonk Mountain House in New Paltz, Joseph's Steakhouse in Hyde Park and Meadowbrook Lodge in New Windsor. Dates and times to be announced.

"Thanks so much for all the research, creativity and theatricality you put into Poe's Last Mystery. We've had very positive response." 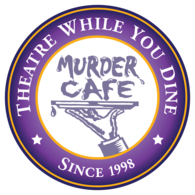 "It was truly amazing to see the characters in my mystery novel, Mother, Murder and Me, brought to life by Frank Marquette and his players. Seeing and hearing them living and breathing as real people was a wonderful experience! An excellent troupe of actors!"

Our companion company, Murder Cafe, performs comedy murder mysteries for both the public and private company parties year round. Visit www.murdercafe.net for information.

The Ghost of Marley and The Ghost of Christmas Past as portrayed by Andrew Benedict. Photos by Theatre on the Road

Come back often for new show listings, dates and locations. 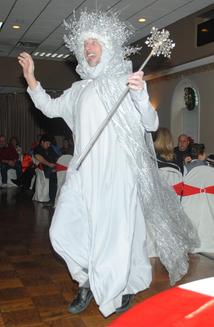 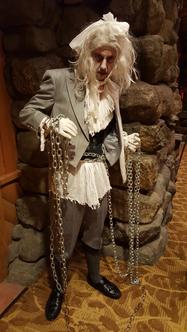 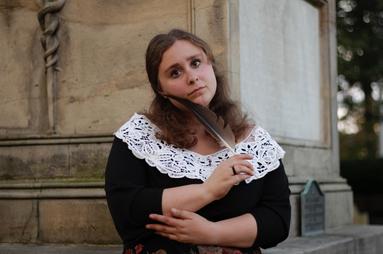 "I want to thank you again for being a part of the Deising's Bakeries event - your presence helped to make the day extra special. "