​"Theatre on the Road presents a surprising mix of quality comedy, drama and music that has filled a niche. In some ways this is theatre for people who don't go to the theatre, and they're never disappointed." - Marcy Groll, Hudson, NY

"Your script closely adhered to the historical facts and timeline, and proved to be very entertaining. It brought to life the prominent characters of an amazing period of growth and prosperity in Kingston, and will provide a basis for discussion of the main players of that time. The Friends of Historic Kingston is appreciative for your considerable effort and success in "Bringing Kingston's History Alive!" - Peter Roberts, President Friends of Historic Kingston 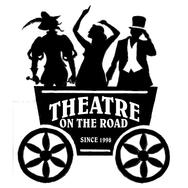 "For 23 years we have been bringing high-quality professional theatre to you. We have an exceptionally wide choice of programs including 20 original scripts. Our client list is in the hundreds and our fan base is in the thousands. Come and join us!"

We believe the shared experience of a live performance is essential to life which is why we chose art over profit. We're pleased to announce the creation of Steamer Trunk Productions, Inc., a 501-C non-profit corporation, and our parent company. ​Theatre on the Road also has fiscal sponsorship status through Fractured Atlas. ​

Theatre on the Road is the creation of actor, writer and director Frank Marquette along with his wife and producing partner, Kristen. They have been producing quality shows for both public and private events since 1998. Their exceptional services include: original and customized scripts, professional performers and singers, one-of-a-kind production values and the marketing and publicity skills needed to ensure the success of each event.

Under the name Murder Cafe, the Marquettes had an 11 year run in Las Vegas where they specialized in corporate entertainment with an emphasis on comedy murder mysteries. Frank and Kristen returned to their native New York State in 2009 and brought Murder Cafe with them. Murder Café continues to provide year-round entertainment for company and holiday parties, fundraisers, themed parties, casinos, restaurants and country clubs.

The Marquettes first foray into performing in schools originated in Las Vegas with underwriting provided by the Rotary Club of Las Vegas, Murder Café was able to bring "The 50 minute version of A Christmas Carol" to at risk elementary schools for three years. Designed to be presented in a class period, all the high points of Dickens' classic were accomplished by a narrator, Scrooge and another actor playing all four ghosts. The students who saw these presentations were unlikely to be exposed to live theatre. A Christmas Carol was part of Las Vegas's elementary school reading curriculum so seeing a dramatization enhanced the students reading while introducing many to theatre for the first time.

Since returning to New York State in 2009 the Marquettes created Theatre on the Road to bring educational performances to schools and local theaters. In addition to A Christmas Carol they have added "Poe's Last Mystery" which was commissioned by the Poughkeepsie Library District to enhance their federally funded Big Read program. "Poe's Last Mystery" was so well received that Columbia-Greene Community College offered it as part of their 2013 theatre season. It has also been performed at the Rosendale Theatre and the Arts Society of Kingston and is scheduled to be presented at the Morton Library in Rhinecliff, New York as their summer fundraising event.

Since 2013 Theatre on the Road has been presenting "living history" cemetery tours throughout the Hudson Valley. Every September and October they present six historic characters in both the Old Dutch Church cemetery in Kingston, New York and the Rhinebeck Cemetery in Rhinebeck, New York.

Theatre for Fun and Fundraising

The Marquettes and their troupe have entertained for Fortune 500 companies, leading hotels & resorts, five star restaurants, casinos and country clubs.

FRANK MARQUETTE has been involved with hundreds of theatrical productions since he began performing at the age of 17. Frank has appeared with theater groups in New York, Nevada and New Mexico. In addition, he has produced, written and emceed variety shows for many charitable causes. Frank's on camera work has included national commercials for Konica, a featured role on "Unsolved Mysteries", dozens of local and regional commercials a key role in the PBS original production, "The Greatest Man in the World" and a recent appearance in season two of "The Marvelous Mrs. Maisel".

KRISTEN MARQUETTE not only specializes in the design and construction of original costumes, she also contributes to the writing of each script. While Frank can be seen performing with the troupe, Kristen brings her considerable talents to the backstage area. As a professional makeup and hair stylist with 35 years experience, Kristen dresses and prepares each actor before the show and pays attention to all of the details that make each show a success. She is the owner and operator of Studio KTM, an organic hair salon, in Red Hook, New York